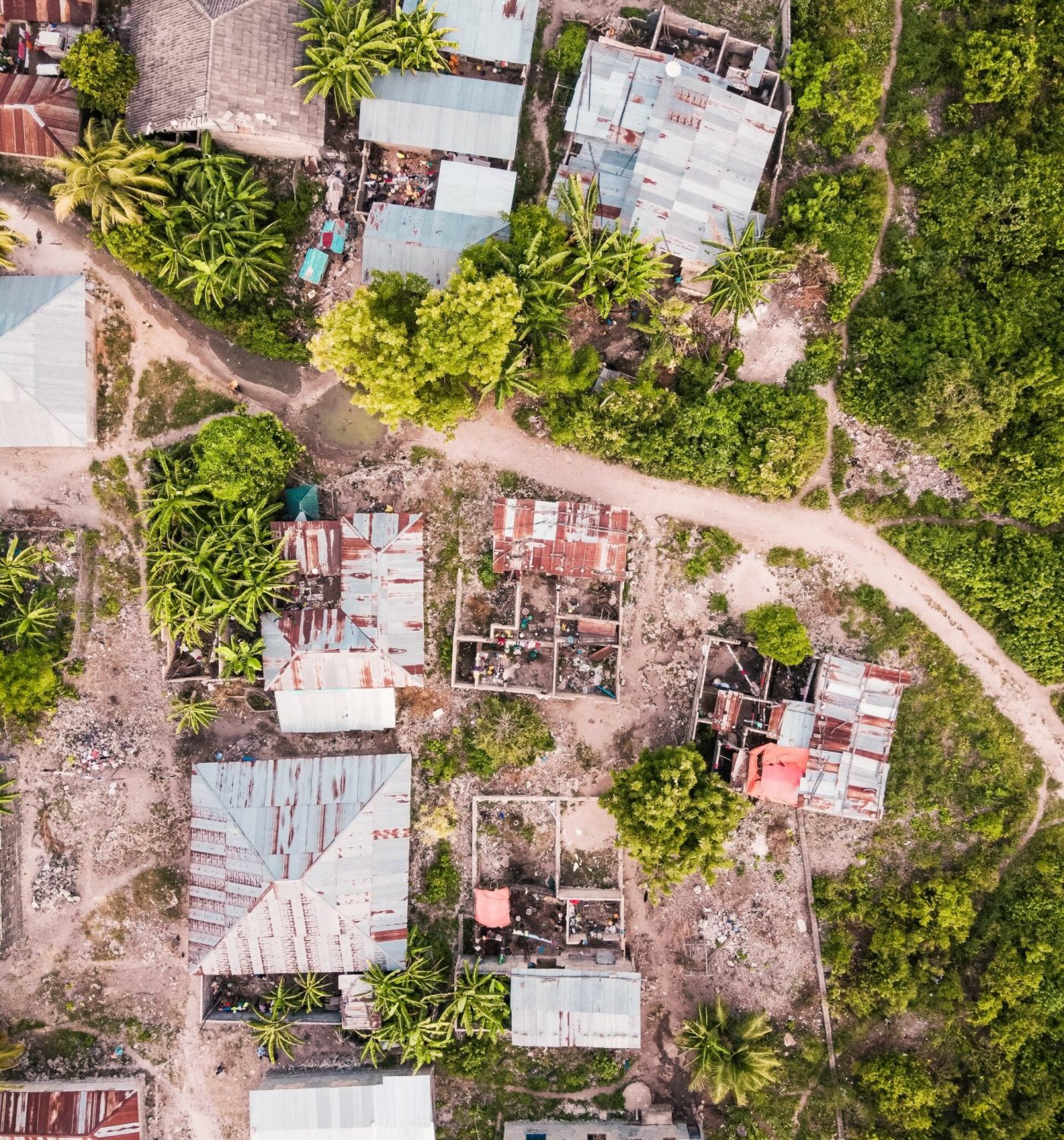 Nowadays, the world is interconnected in many aspects and is characterized by constant growing globalization. But globalization and development are not progressing at the same level of speed in all parts of the world. We all know that the division between developed and developing countries exists.

How Mobisol applied Design Thinking to find a solution

One company that has set out to supply rural areas in East Africa with electricity is ENGIE Mobisol GmbH. Mobisol supplies off-grid villages with solar home systems and complementary products such as charging stations for cell phones.

Now the question is how Mobisol, which started as a three-person startup from Berlin in 2011, could become a company with about 500 employees and keep up with competitors from the Silicon Valley.

A fundamental aspect for the initial success is the design thinking approach. Klara Lindner, one of the founders, has integrated design thinking into the company’s strategy since the beginning. Mobisol started with a rough vision of bringing electricity to rural areas via solar home systems. To plan the concrete implementation, design thinking methods were applied.

The team of the startup started to develop their business model with a “Beginners Mind” as suggested in the design thinking approach. Mobisol representatives traveled to Tanzania to conduct a field research to learn about and understand the local situation. The aim was to clarify what is really needed and where problems are. Contact was sought with residents in rural villages. Behaviors were observed and conversations were held to analyze what the population craves. It was found that electricity is not only desired for lighting purposes, as previously assumed, but also primarily for charging further devices, such as smartphones and televisions. It was also observed that in those rural areas it is common to spend earned money as quickly as possible, as there is no banking infrastructure. In addition, observations revealed that maintenance of the panels is important for success, as other systems were already in place, but many of them were not functional due to the lack of maintenance infrastructure. In this regard, it was also found that the willingness of the population to pay is higher than expected, as the desire to have access to electricity is very high. Furthermore, it was observed that the roads leading to the villages were in a very poor condition. Hence, barriers for the delivery of the products were identified.

Back in Germany, ideas were collected, and design principles were developed based on these findings. Thus, the strategy of design thinking was applied, as first a clear problem was defined through empathy and then ideas for the actual implementation were collected through brainstorming and ideation. The team specified basic criteria for the future product. The solar panels need to produce enough electricity not only to provide lighting, but also to power larger devices. To overcome the problem of non-existent banking infrastructure it was decided to require monthly payments for the installation of solar home systems. 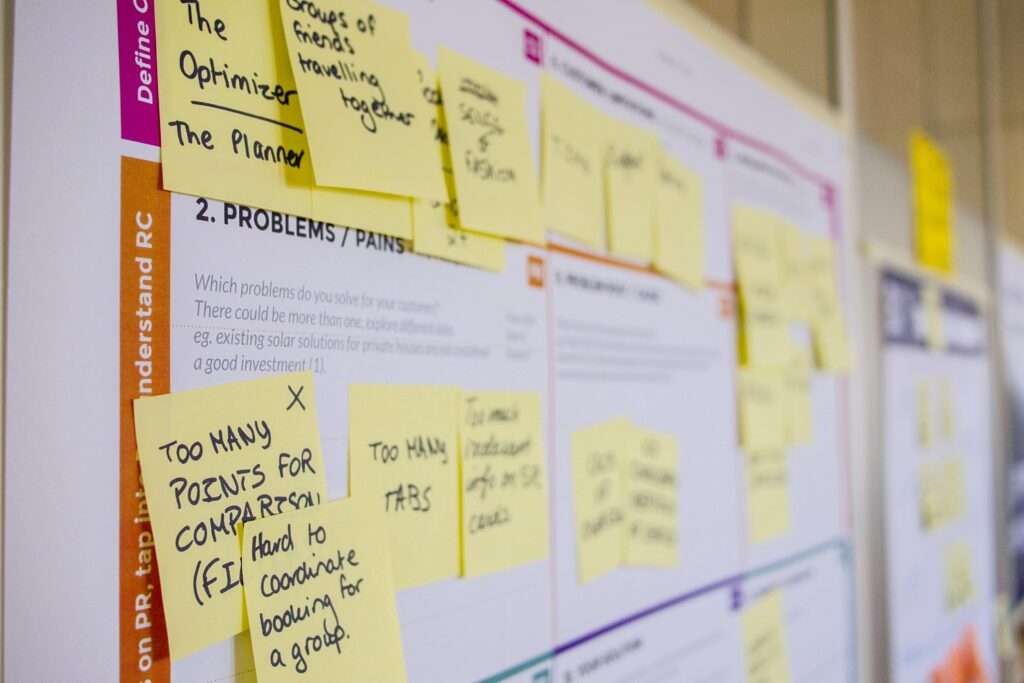 Furthermore, it was noted that private property is better maintained and thus users should feel that the panels are their property. Based on these findings, it was decided to use the rent-to-own strategy. After 36 monthly payments, the solar panel becomes the property of the customers. Until then, if payments are not received, the system can be deactivated via a text message by Mobisol. Finally, it was determined that maintenance of the equipment is fundamental, as monthly payments would not be made for non-functioning equipment. Thus, a maintenance infrastructure must be developed. For this, the idea arose to train freelancers and pay them per installed and maintained solar panel.

Now, initial designs and prototypes of the solar home systems were created. Here, future customers were included as well by using co-creation. Again, Mobisol representatives traveled to Tanzania to provide the most satisfactory solution possible. Much emphasis was placed on feedback from future users. First drafts of installation instructions were discussed with villagers and jointly improved and adapted. Furthermore, the software for the maintenance of the solar panels was improved with local employees and feedback for draft contracts was requested from local people. By doing so, Mobisol’s offer could be optimized and adapted to the villagers’ demand. At this time, first freelancers for the installation and maintenance of the solar home systems were trained and observed during their work to identify potential improvements. First solar home systems were installed and the whole process was steadily observed and evaluated. The feedback of the local population was incorporated and thus a product was developed that meets the needs of both sides.

All in all, Mobisol successfully applied Design Thinking to find a mutually satisfactory solution to the problem of lack of access to electricity in rural Africa. Mobisol puts the focus on its customers and their wishes. The team started with a problem statement and made assumptions only after field observation and intensive communication with future customers. Ideas for product development were now collected through ideation. Then, prototypes of solar home systems and complementary products were created and subsequently tested. During testing, the prototypes were improved in a customer-oriented manner, which ensured satisfaction on all sides. Satisfactory innovations can be found through short iterative development cycles with simultaneous and constant inclusion of the customers.

Keep the Change @ Bank of America