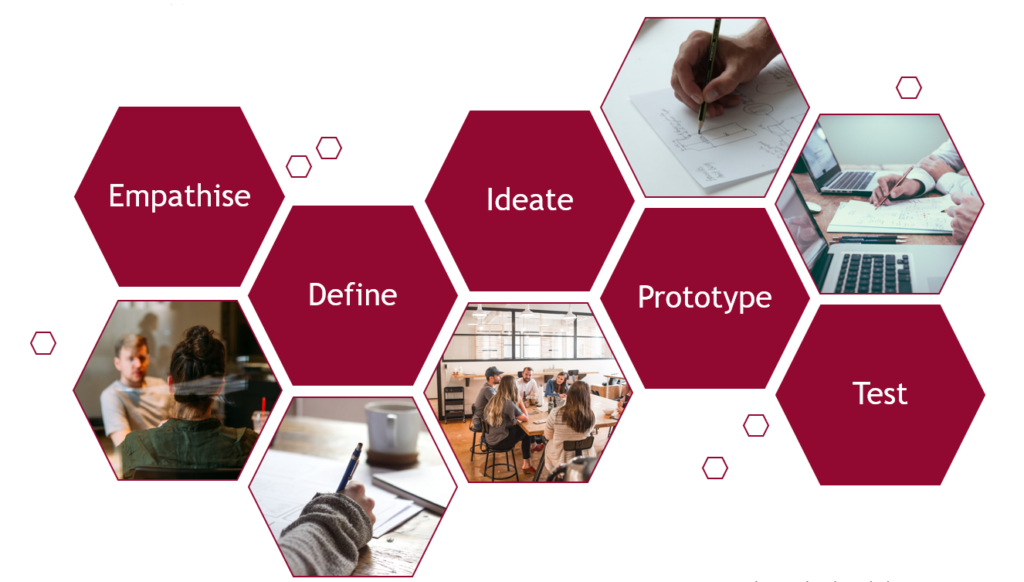 We students come together under the supervision of the lecturers to deal with the topic of design thinking in an international environment. To be able to put the whole project seminar into context, we should take a look at the different methods of Design Thinking.

Each of these phases serves to find a solution for a problem. The idea is to understand the problem in the first phase through empathy and then to define it precisely so that there is no ambiguity about the problem. Thus, a large number of impressions and observations are first collected, and this information is then specified in a precise description of the problem.
Now a large number of possible solutions must be generated and collected. The rule here is: quantity over quality. From the quantity of solutions then favorites are determined and are modeled thereupon as prototypes. In the last phase the created prototypes are tested.

It is important to keep in mind that this is an iterative process. The idea is to make mistakes early on so that they cause as little damage as possible.

There are numerous methods for performing the phases. We would like to provide an overview of known and frequently used methods for the individual phases of Design Thinking. 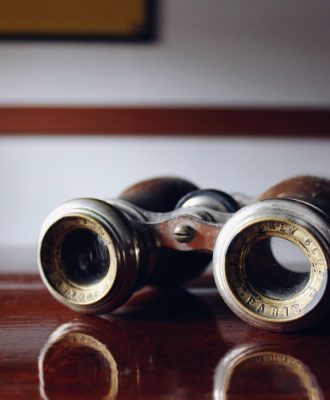 The Empathize phase, as mentioned before, is about getting an impression of the real situation, and empathizing with what the problem really is.
One can do interviews with the people involved or conduct surveys. In this way, you seek contact with the key users and can ensure that you understand the problem as a whole.
In general, the 5 Whys method can be used to gather information, which is about finding out the main characteristics of the problem by asking explicit questions. Alternatively, shadowing can be used, where you observe people and develop a deeper understanding. Like shadowing, field observation involves observing the situation, but here more interaction is sought with the people involved. Different perspectives are taken so that all dimensions of the problem can be addressed.
To develop a deeper understanding, mind mapping can be used, for example, to record one’s own strands of thought and insightsE

The Define phase is used to describe in detail the problem situation that needs to be solved.
As with the Empathize phase, interviews can be conducted to precisely define the problem. Mind mapping or shadowing can also be applied to capture the nature of the problem.
To describe the people involved, personas can be used, which describe the users and show their motivations and frustrations. Furthermore, there is the method of empathy mapping, in which the behavior of the users is recorded in the categories Said, Did, Thought and Felt.

Now, in the Ideate phase, the aim is to collect as many solutions as possible. A variety of methods enable a collection of ideas. Very well-known is brainstorming, where ideas are collected in a group work. Brainwriting corresponds to brainstorming in silence. Bodystorming involves physically recreating the situation and thus searching for new aspects and ideas. The Yes, and… method promotes the development of ideas through constant continuation of the thought strands. The collected ideas are to be evaluated and assessed in the Ideate phase as well. The Dotmocracy method enables prioritization of the previously collected ideas through democratic voting. A How-Wow-Now Matrix can be used to evaluate the quality of the ideas by creating a reference to the degree of innovation of the idea. It has also been found helpful to create mind maps during the Ideate phase.

In the Prototype phase, it is important to include the users to create an appropriate prototype. In addition, there must be a willingness here to jump back to the previous phases if a meaningful prototype cannot be created. Then alternatives must be found through new ideas. The prototype can represent the entire solution, but also only parts of the approach. Iterations can also occur within this phase. Here there are different approaches to the creation of the prototypes.
A classic method of prototyping is the creation of a paper prototype, which can be useful, for example, when creating a user interface. Here, the prototype is drawn on paper. 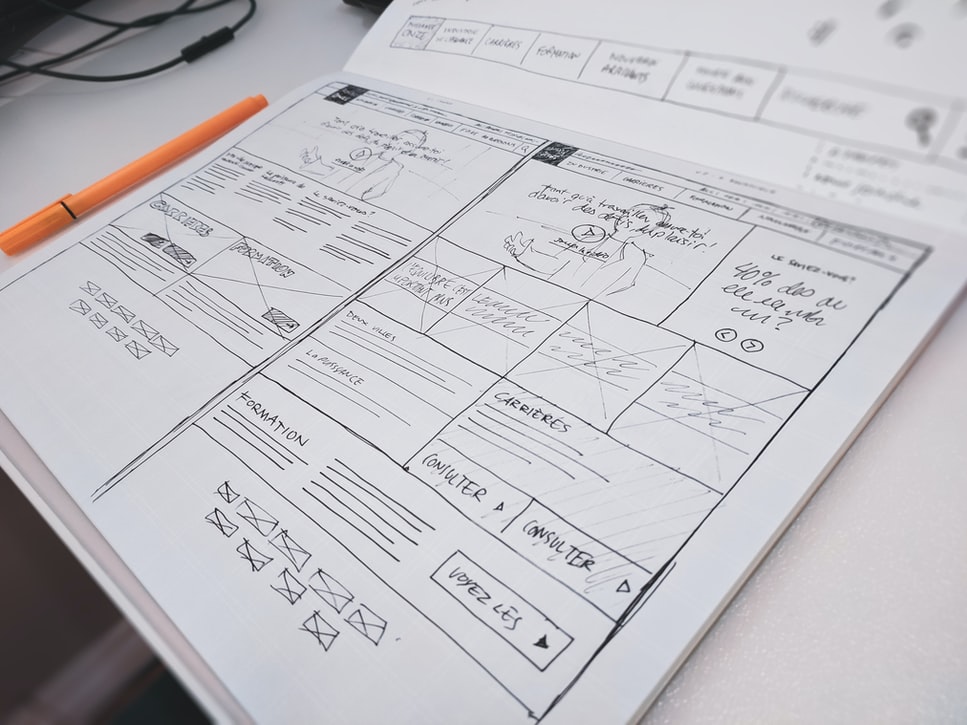 Another approach is that of darkhorse prototyping. It is about modeling the craziest idea with the highest profit expectation. This approach helps to develop radical innovations. Role playing involves re-enacting the situation, where improvisation plays an important role. Furthermore, mock-ups can be created, which show the advantages and disadvantages of different aspects.

Finally, the prototype is used in the Test phase to check whether the idea provides an adequate solution to the original problem.
It is common to perform user tests. Here the prototype is made available to the users. Usually nothing is explained about the functionalities, the user is supposed to use the prototype without support. The development team observes the user during the test and analyzes the positive and negative aspects. Any improvements found can be included in the new and updated prototype in a return to the prototype phase. It may also be determined that the prototype does not provide a solution to the problem, in which case a return to earlier phases may be necessary.
In the testing phase there are methods to capture the findings.
A testing card is useful for recording questions that arise about the prototype. Questions are written down, answered on the back, and kept so that they are remembered until the end of the process. The testing card makes it easier to enter the Testing phase.
A test capture grid can be used to record positive and negative aspects as well as new ideas and confusing aspects.

Altogether it can be said that the possibilities for the implementation of the different phases of Design Thinking are endless. Here, only a first overview of the possibilities was given, many more methods can be found. It is fundamental to always keep in mind that Design Thinking is about developing a variety of ideas, there are no dumb ideas. Openness to new approaches and ideas is fundamental to finding an appropriate solution.

Design Thinking – Overview of the origin and the history